Completed by Region of Atticathe work of replacing the old ones energy-consuming lamps with contemporaries low consumption and high performance LED bulbsin all areas of its responsibility District, as well as on the side road network of national roads Athens – Corinth, Athens – Lamia and Attica Street.

The project is part of the strategic planning of the Region of Attica for the aesthetic, environmental and road upgrading of the metropolitan infrastructure of Attica and concerns the installation of 23,790 LED lights, with a total budget of 36.9 million euros, financed by the Region, through the Attica Regional Operational Program 2014-2021.

The new lamps, they are remote controlled and even with the ability to adjust the energy consumed (dimming). 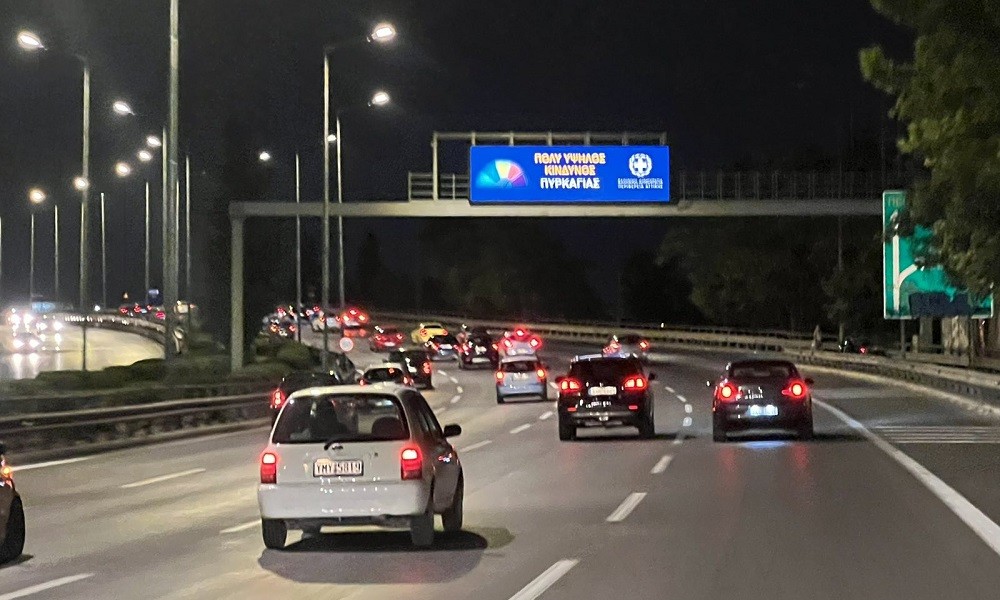 Impressive is the fact that based on the data already received by its competent services District, from remote management system but also from PPC the energy saving from the placement of new lighting fixtures it is about 60% compared to the older ones, which is very important, given the age of the network, but also of the switchboards.

It is pointed out that given the priority given by its management District in projects with a strong environmental footprint and personally o G. Patoulis who has also given relevant directions to the relevant services, the Directorate of Metropolitan Infrastructure Management, is also working on other modern techniques lighting such as trial placement photovoltaic lamps in its collateral network Attica Street at the height of Acharnon.

It is worth noting that it has already been replaced with Led lighting and above 60% of traffic lights in the network of its competence District.

Also on his initiative District Governor the lighting projects with high-tech and low-consumption lamps are in progress Led systems of bridges in the road network her District, through an architectural lighting study, designed and implemented by the Directorate of Metropolitan Infrastructure Management of the Region of Attica, with the aim of beautifying the public spaces formed under the technical part of the bridges and keeping them in good condition. The young man lighting of the bridges also works as a deterrent against criminal behavior that has been found at the specific points. Already installed lights led at Lenorman bridges, Ieras Odou and Petrou Ralli.

THE Regional Governor of Attica G. Patoulis points out: “With actions and not words we contribute to protection of environment and in one safer road network for citizens. By exploiting the possibilities of modern technology, we achieve both its improvement road safety, as well as upgrading the aesthetics of our infrastructure. We are implementing our strategic goal for an energy and environmentally upgraded road networkwhich will work safely for every user.”

READ ALSO:
These are the three road projects that will “save” Attica!
Definitive! When will the tolls on Attiki Odos be reduced?
When do the works start in Egaleo, Metro and Attiki Odos

Antonis Prekas for Survivor All Star: “From the essence we went to… intercourse”

Bella Thorne: The Spanish “charge” her relationship with James Rodriguez

“We need new money!” – Gentiloni is in favor of taking on new debt from the EU