In last night’s episode of MasterChef we watched one of the last auditions, as next Friday January 27th they will be completed. However, the first round of auditions, with the candidates who got the ticket home on their first attempt, hid a surprise and indeed a last minute one.

One of the players we saw on Tuesday night 1/24 was Panagiotis Avgenikos, a professional chef with experience in well-known hotels and restaurants. The first to meet him and try his dish was Leonidas Koutsopoulos, who wanted to extract some additional information from the MasterChef candidate about his life and what he has done so far.

Then, the contestant revealed that he is the brother of the famous singer Valantiemphasizing that it is something he avoids saying, as he does not want to feel that he is in his shadow.

“I avoid mentioning that my brother is Valantis the singer. It’s not that I’m ashamed of it, it’s just that I’m proud that he’s had this career and he’s who he is, but because I’ve felt a little bit…shadowed by it all, I want them to know me first, love me, and then the rest of the information comes for me” Panagiotis Avgenikos confessed.

Leonidas Koutsopoulos, Sotiris Kontizas and Panos Ioannidis agreed after the test that Panagiotis Avgenikos’ plate was excellent and the player won the white apron with his sword – a ticket to the home of the competition.

“I feel so full, so happy, so proud of me. This award will fill a childhood void that I have had for so many years. I am waiting for this reward from my father” said the new chef, who was accompanied to the audition by his girlfriend and friends, after the news of his “qualification”.

Valantis also made a related post, supporting his brother. 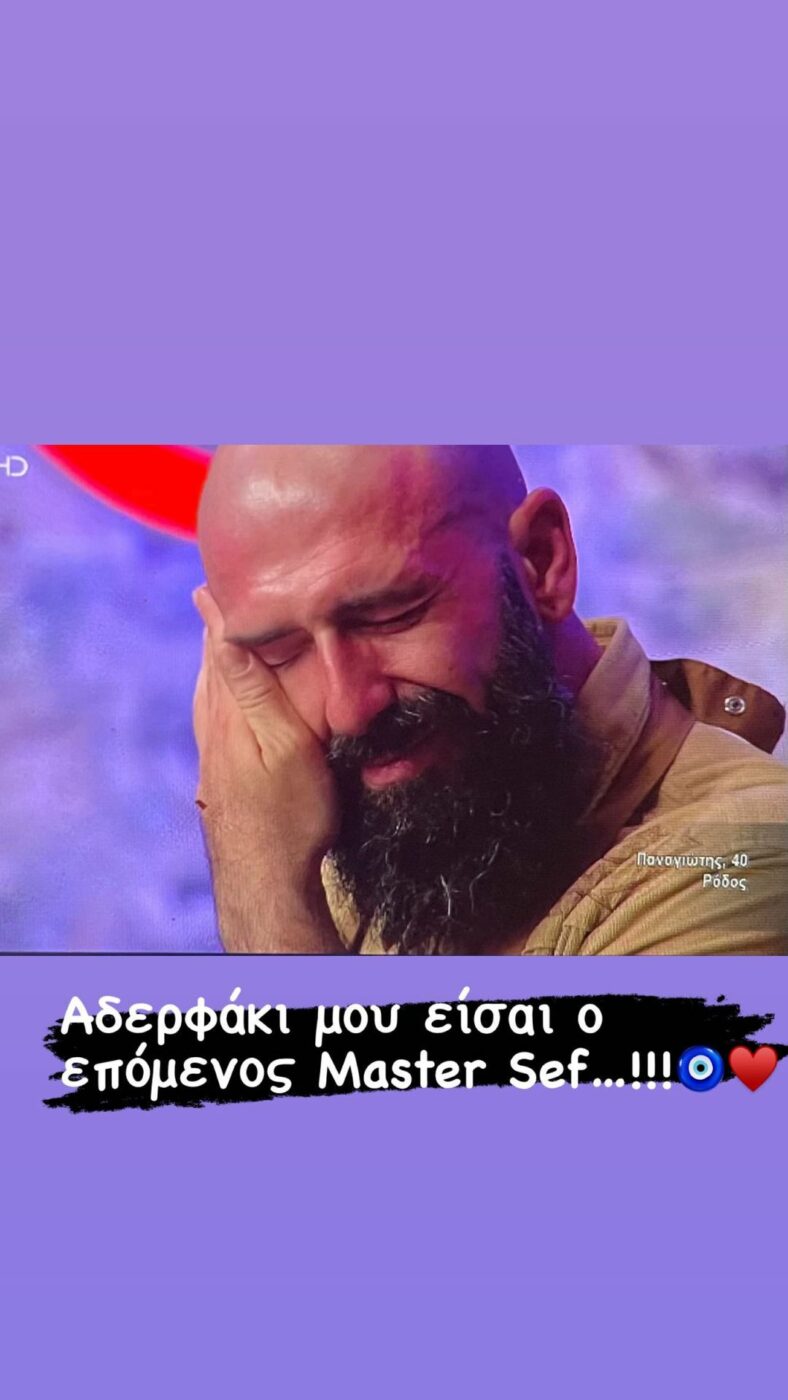 Optima Bank: For the first time in 2022, deposits exceeded loans